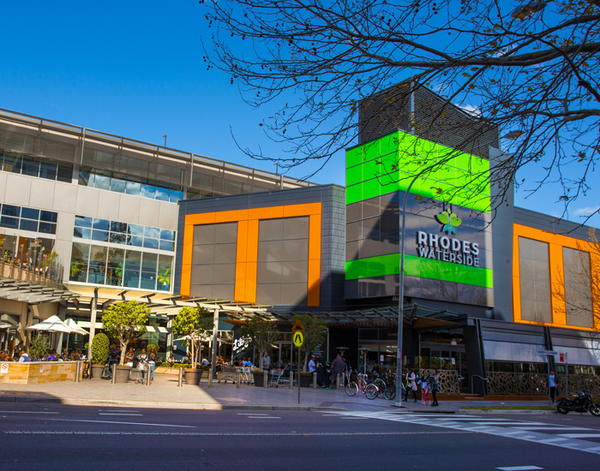 Geographically Rhodes lies at the north west tip of what is categorised as the Inner West. Its boundaries are formed by the Parramatta River to north and west and Concord West to the south. Rhodes’ river frontage made it a popular spot for emerging industries in the 1800’s and when the first train station on the northern line opened at Rhodes this increased its popularity for industry and was home to several different manufacturing companies including the State Timber Yards, Darling Flour Mills and Union Carbide and other paint and chemical manufacturers. Over time these companies either closed or moved out of Sydney and today the land on which they operated are now the Rhodes Corporate Park (home to some major multi-national companies including Nestle, Allied Mills and National Australia Bank) and the Rhodes Waterside Shopping Centre. Living in Rhodes there is a choice of low to medium density and high density living.

There are some lovely examples of Federation houses towards the Uhrs Point Reserve but most residential living in Rhodes is typically apartments with larger apartment developments found around Rider Boulevard and Shoreline Drive.

Local residents enjoy living in Rhodes for its proximity to the Parramatta River, excellent transport links train service to the city along the northern line and regular bus services to the northern suburbs. The peninsula round Rhodes has a great selection of outdoor space, really there is something for everyone fitness lovers might like to check out the outdoor fitness equipment at Mill Park, while anyone with the kids in tow then Peg Paterson Park Playground is great for a slide and a swing.

While there is something for all ages at McIlwaine Park and you can grab a takeaway coffee from the nearby kiosk. Or grab a rug and have a picnic at any of Rhodes pocket parks that are dotted throughout the suburb. After all that fresh air you might want some sustenance. There are a number of eating and dining options at the Rhodes Waterside Shopping Centre and if you’re in the mood for something more fancy then perhaps consider waterfront dining at Brays Bay Reserve.

If you need some more serious retail therapy then the Rhodes Waterside Shopping Centre has a number of major supermarket and mass merchant retailers along with many other boutique stores. And if you need some entertainment the shopping centre also has its own movie theatre and is home to that very famous Swedish furniture retailer, although be prepared the kids will never want to leave! 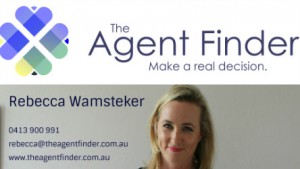 Rebecca is resident of postcode 2040 and mum of two busy boys. Her passion for real estate and background in data and analysis sparked the idea for her business The Agent Finder, a free service that helps connect property owners thinking selling their property with the top performing real estate agents in their area check out  www.theagentfinder.com.au or you call her on 0413 900 991.