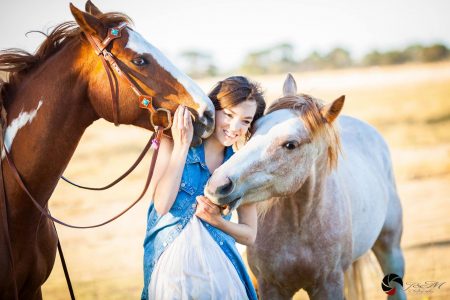 Something to Embrace: Autism Acceptance with Princess Aspien

April 2 is World Autism Awareness Day, a United Nations initiative; however, many now recognise all of April as Autism Acceptance Month. It’s a time to learn more about autism and to promote acceptance of autistic people for who they are. And in its truest form autism acceptance means listening to and valuing the ‘real autism experts’ – autistic people.
Chloe Hayden is a teenager from regional Victoria – a somewhat unusual pick at first glance for an Inner West Mums piece. But take a moment to read Chloe’s powerful words and you’ll find they impact deeply, wherever you’re from.
At thirteen years of age Chloe was diagnosed with Asperger’s syndrome – known these days as autism spectrum disorder. Now, nineteen years old, Chloe spends her time encouraging and empowering young autistic people. Through a character Chloe developed, Princess Aspien, she shares her passions, experiences, achievements, and the challenges she faces with an ever-increasing fan base. She is also an ambassador for several organisations that support young autistic people. In fact, she has become a wonderful role model, not just for young autistic girls, but for the wider community too.
You can enjoy reading Chloe’s story below. And don’t miss the excellent tips at the end of the piece from Inner West Mum and parent ally Stephanie on forming a network to support and empower your autistic child.

Chloe Hayden’s story
Can you tell us a little about yourself?
I’m nineteen years old and I live with my family of six and my many, many animals in a small country town in Victoria. I’m so, so passionate about horses, and own four of them and train others. I’m an animal rights advocate. I adore performing, and aspire to make a living out of singing and acting. My favourite things are animals, painting, photography, Disney, boy bands and creative writing.

How does Princess Aspien fit into the picture?
When I was first diagnosed with Asperger’s at the age of thirteen, I had no one to look up to. I felt alone, and worried, and scared, because there was no one out there like me. As I grew up, I realised that there were millions of other little girls and boys going through the same thing. I felt that someone needed to be there for them and I came to the conclusion that if no one else was going to do it, then it was my job. You’re quite a role model for young girls. How does that feel?
It’s still so bizarre to hear that. I never once for a second believed that I’d be in the position that I’m in now. It’s really exciting to know that young girls are looking up to me, and something that I don’t take lightly at all.

What do you want young girls – and the wider public – to understand about autism?
Autism doesn’t define you. Autism is a part of you, just like my love for horses, my brown hair, green eyes and hatred for red food are all parts of me. Autism isn’t something to be scared of: it’s something to embrace, and to celebrate. Your differences don’t make you less. And it’s so important for young girls to know this.
I think girls especially are forced into being a certain way, especially through their teen years. That’s straining on anyone, but when you throw a little girl into that mix who doesn’t work the same way as others in society, who was born to stand out, it can be really, really crushing. It’s so important that these kids understand that they are beautiful, and wonderful, and amazing.

What was your support network like when you were growing up?
I didn’t have any support through my younger years, simply because no one knew I had autism. My parents called me their ‘quirky genius child’, and the other kids called me a misfit.  School was a nightmare for me, and I spent most of the day locked in a bathroom stall.
It wasn’t until Year Eight when I was diagnosed that I started receiving the support I needed. I was homeschooled, and had school programs adjusted to my learning needs, and I started getting involved in support groups like Treehouse Young Adults, which is an awesome group for people on the autism spectrum. There’s so many of these groups starting to come out now for people of all ages, which I think is amazing, as it gives people an opportunity to meet like-minded individuals in a safe, non-judgemental environment.

You recently won a youth disability award (in the Geelong Awards for People with a Disability 2017). How did it feel to win that award?
Insane. Like, literally insane. I cried hard enough for all of Australia when my name got called! I don’t really know why it was so emotional for me. Perhaps because I was told by kids and teachers when I was younger that I wouldn’t amount to anything, and this kind of validated me, proved a point that I didn’t know I had to prove. It’s just so exciting that what I’m doing and what I’m cheering for and what I’m spending my life working on is considered important enough by the wider community to receive recognition. I don’t see it as ‘Chloe Hayden won an award’, I see it as ‘Autism Awareness is becoming important enough to win an award’, and that’s really cool. Tell me about your Princess Aspien communication cards.
I’ve had a couple of incidents while travelling to uni that involved me seizing up and being unable to speak when faced with scary situations. I decided to create an ID card with my basic information and my parents’ phone numbers on them, so if that ever happened I could whip the card out.
When I shared my card with others, I started receiving messages from people asking for solutions for their kids’ (or even their own) struggles in similar situations, and so I created these communication cards. In challenging, difficult and scary situations, sometimes autistic kids find it hard to communicate. With these cards, it’s so easy to find the card that we need, pull it out and hand it to who ever needs to see it.
I spent ages making sure the cards were perfect – ensuring that the font was big and bold, and that the photos were bright and colourful, and easy enough so kids who may not be able to read yet could understand what the cards were saying. It’s super exciting to see how much they’ve helped people already.

What’s on the horizon for you?
This year I’m planning on travelling and giving talks to more groups and conferences, and basically just continuing to spread the message of encouragement, education and empowerment in the same way that I’ve always done! I’m also starting to work with a couple of big companies and organisations, which is really exciting. I’m going to create more things in Princess Aspien’s line-up too, including a children’s book, which is absolutely surreal!
There’s a lot of things happening, but nothing’s really planned. None of this has been. I’m taking each day as it comes … It seems to work for me!

Inner West Mum and parent ally Stephanie says, of her own journey of autism acceptance: ‘As a parent of an autistic child, my whole world has opened up. I wish everyone could accept autistic people for who they are. The fact is, as a society we need people who see the world differently. The more that others appreciate autistic people, then the more they will pass that on.’
For a parent wishing to form a network of empowerment for their autistic child, Stephanie offers these tips:

If you wish to read more about autism, a fabulous place to start is the Autism Acceptance Month site, which provides tailored resources for self-advocates, parents, educators and employers.

All images supplied by Chloe Hayden
You can find Chloe at:
www.princessaspien.com
www.facebook.com/PrincessAspien/?fref=ts 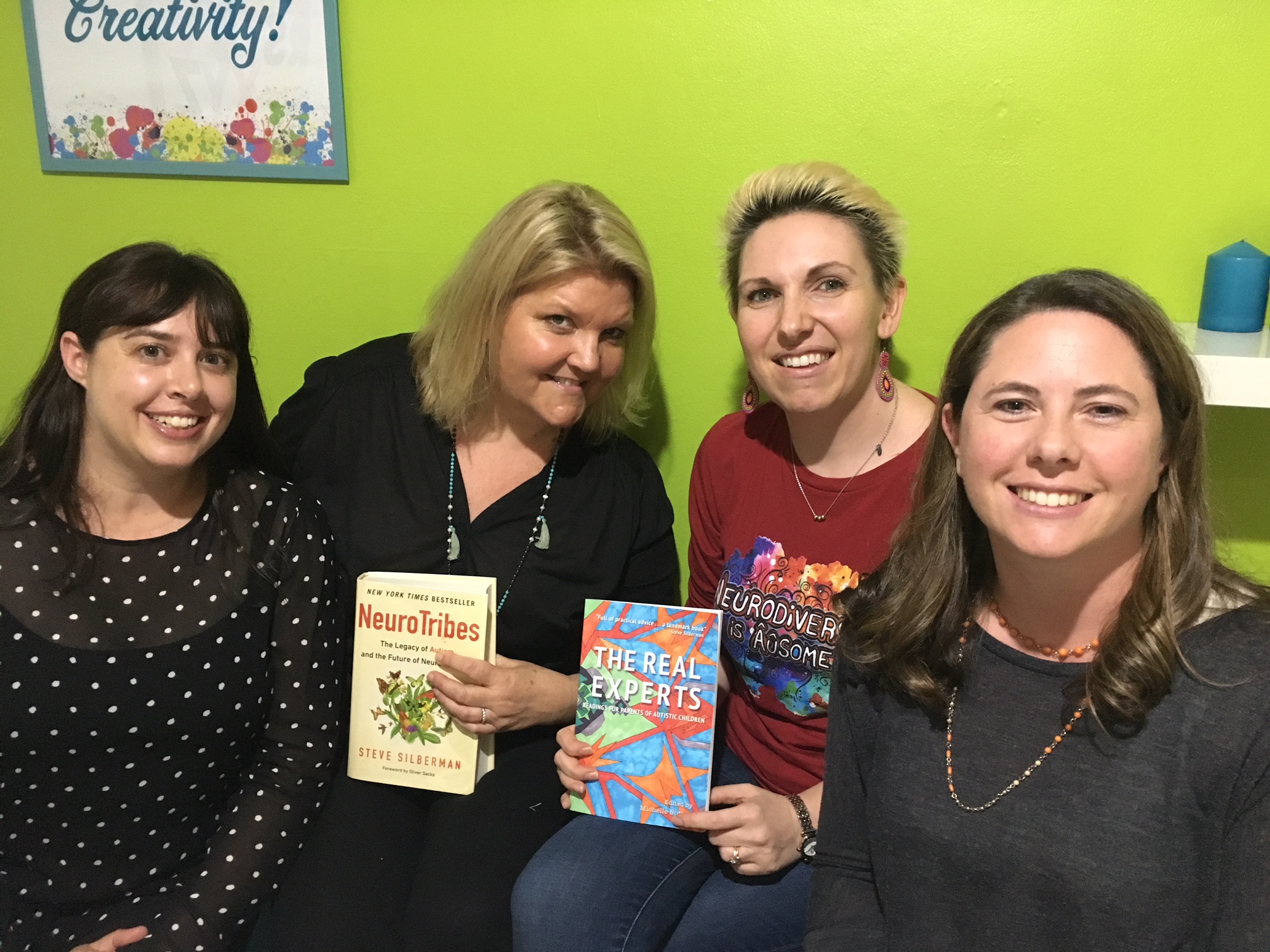 ‘Embrace Autism as a Vital Difference’: A Recap of our Embracing Autism Discussion

Ask the OT: What are Sensory Processing Differences?

Cookie Cutter Kids: How can we teach our children to celebrate diversity? 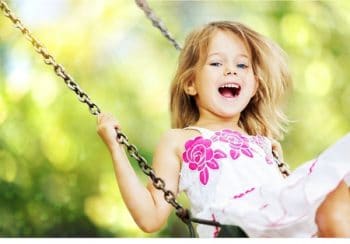 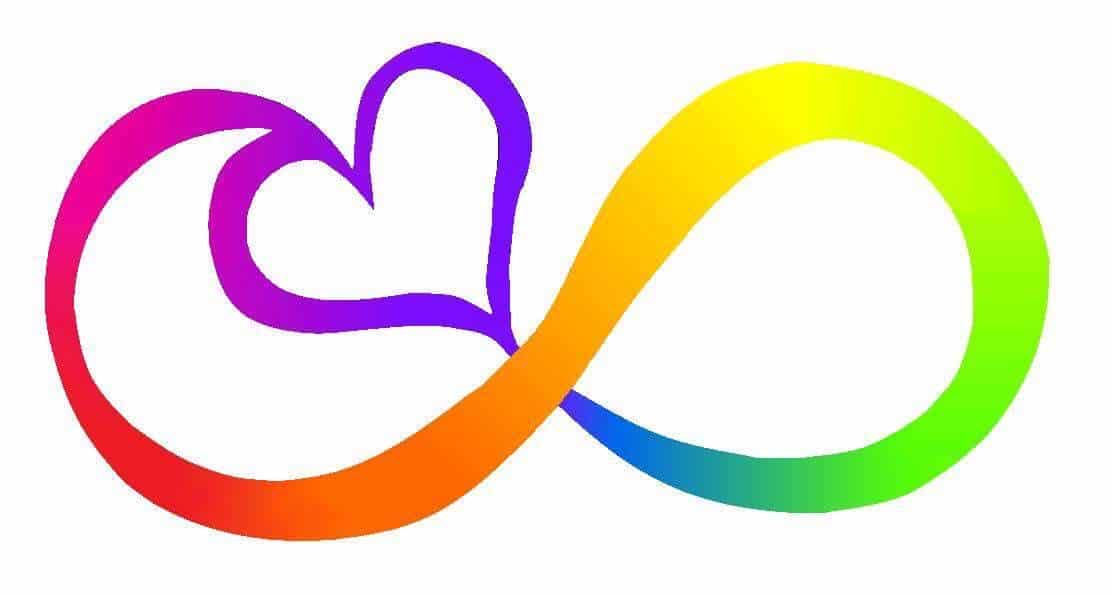