Strathfield is a perfect example of a contemporary Sydney suburb.

The combining of the old and the new sees Strathfield offering both luxury and affordability all in one convenient location. Located 14km from the city, Strathfield’s own ‘city centre’ is a lively arena of food, retail and transport. The suburb has become increasingly popular for Chinese, Korean and Sri Lankan cultures. This strong multicultural influence is evident in the array of culinary delights available throughout the municipality. Strathfield Square is surrounded by towering multiplex developments and boasts a variety of cafes, restaurants and retail stores alongside Strathfield plaza, which offers the essentials. However if your needs aren’t met, Burwood Westfield and Homebush DFO are both in adjacent suburbs.

Transport in Strathfield is another appealing attribute, with Strathfield Station considered one of the major rail portals in Sydney. It offers coastal and country services, alongside express travel to the city. Whilst the busy atmosphere may seem overwhelming, a 5-minute drive out of Strathfield centre will introduce you to a very different experience. There is an overwhelming sense of suburban tranquillity encapsulated by pristine tree-lined streets of beautiful million-dollar mansions and modern apartment blocks. With over 20 parks scattered throughout the Local Strathfield Government Area, including playgrounds (most importantly for the kids!) at Airey Park on the corner of The Crescent and Bates Street and the ACU Playground in Augusta Street, as well as Sydney Olympic Park and Strathfield Golf Course only minutes away, every age is spoilt for choice! 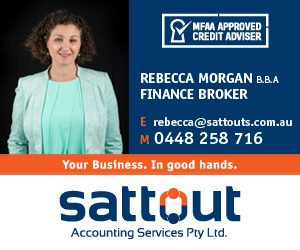 Rebecca Morgan is an Inner West Mum to two very active boys. Living in Leichhardt with her office in Strathfield South, Rebecca is a local who LOVES the inner west and all it has to offer. A personable and professional Finance Broker, Rebecca is passionate about helping people meet their financial goals.