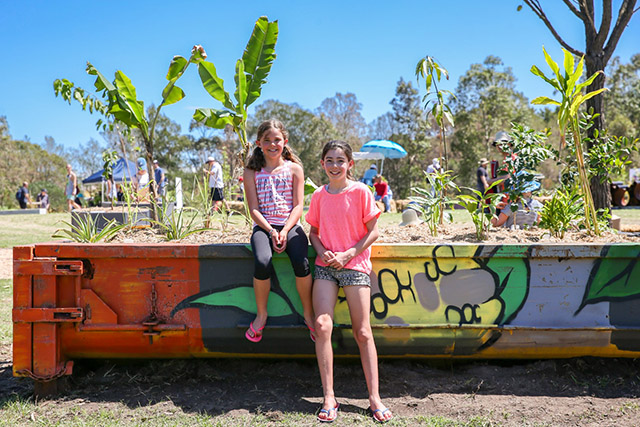 Sydney Park is a much-needed, much-loved green lung in metropolitan Sydney, as popular with families of little people as with families of fur kids. But did you know there are crops growing away atop one of the hills?

Sydney City Farm was launched in 2017 by City of Sydney. The half hectare site is home to a series of garden beds, housing seasonal edible plants, grown using organic principles.

Last year 450kgs of food was grown on the site and donated to local charities like Ozharvest and The Asylum Seekers Resource Centre.

Regular workshops and volunteer sessions are held there. And in the July school holidays there’s an opportunity for a family outing to the farm. Two Crops Up Close Family Tours are running on July 7, from 10am to 11am, and then from 1pm to 2pm. The $10 tickets covers one child and one adult. It is aimed at children aged 5 to 10.

The tour includes a talk on the basics of organic farming, insect spotting around the farm and the chance to plant some pea shoots to grow at home.

One of the Farm’s big projects for 2021 is the orchard, which was launched in May. This will be planted by volunteers this autumn and spring with a target of more than 100 trees.

Or pop in the next time you take the kids for a scooter ride or dog for a walk. The gates are unlocked during the Farm’s opening hours.