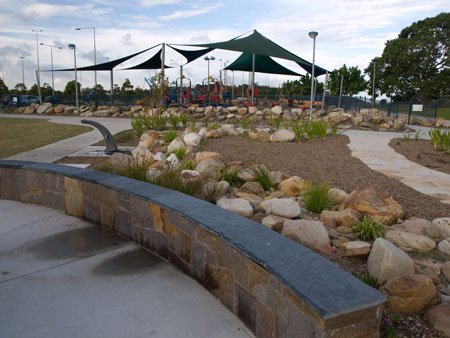 Tempe’s name comes from a prominent Sydney businessman who, in the 1800’s, built his country retreat on the idyllic and peaceful banks of the Cooks River. He named his new retreat Tempe House after the Vale of Tempe from Greek literature which was celebrated for its tranquillity. Somewhat ironically Tempe today is more known for its close proximity to Sydney airport.

Tempe is bordered by the Cooks River, Marrickville, St Peters and the Alexandra Canal/Sydney Airport. The Cooks River used to be a recreation hub and Sydneysiders would come from afar to swim and enjoy its sandy banks. Sadly pollution from industry upstream meant that these waters could no longer be used for recreation however the Cooks River Alliance was formed to amend this and over time more locals have been able to once again use the river for recreation purposes.

As a suburb Tempe has very few apartments with most of the housing being houses or semi’s with some new developments springing up along these. Tempe continues to find popularity with young families and professionals due to its close proximity to the city and better affordability than some of the suburbs that neighbour it such as Newtown and Enmore. Tempe boasts a number of outdoor and sporting options. Cycle or walk along the canal all the way to Brighton-le-Sands. For the golfers it has its own driving range. Tempe Recreation Reserve is a little treasure, positioned next to the Cooks River. Ideal for older children who enjoy flying foxes, large rope pyramids and spinning themselves dizzy! The reserve regularly hosts a number of sports with its own cricket, netball and soccer facilities. It is a popular spot for families as it also has its own shaded playground, BBQ facilities and toilets. The reserve is also home to the Cooks River Motor Boat club. A learn to swim centre is also found within the grounds of the reserve.

For the thrifty be sure to check out the affectionately named ‘Tempe Tip’, an op-shoppers heaven run by the Salvation Army and located on Bellevue Street. The locals in Tempe love living here as they can easily access all the culinary delights on Newtown and Enmore. It also has its own train station with making access to the city quick and easy and if you are travelling further then the airport is just a short drive away. Families in the area are fortunate to have access to a primary and high school. Typically Tempe offers “more bang for your buck” including larger lot sizes and family homes.

Hard working, enthusiastic and approachable, Louise is a respected local sales agent of the Inner West. Specialising in Tempe she brings a passion for the area and the lifestyle. Louise has built a strong reputation for achieving record sales by going above and beyond to exceed her clients’ expectations. Louise is well aware of the importance of building strong personal relationships on both sides of a business deal and ensures every contact with a new or existing client is an opportunity to raise the benchmark in quality of service, advice and results.

As a successful real estate agent, Louise has a proven track record for high achievements. Her expertise extends to both low and high end property markets and she uses her exceptional negotiation and communication skills to attain the best possible results.